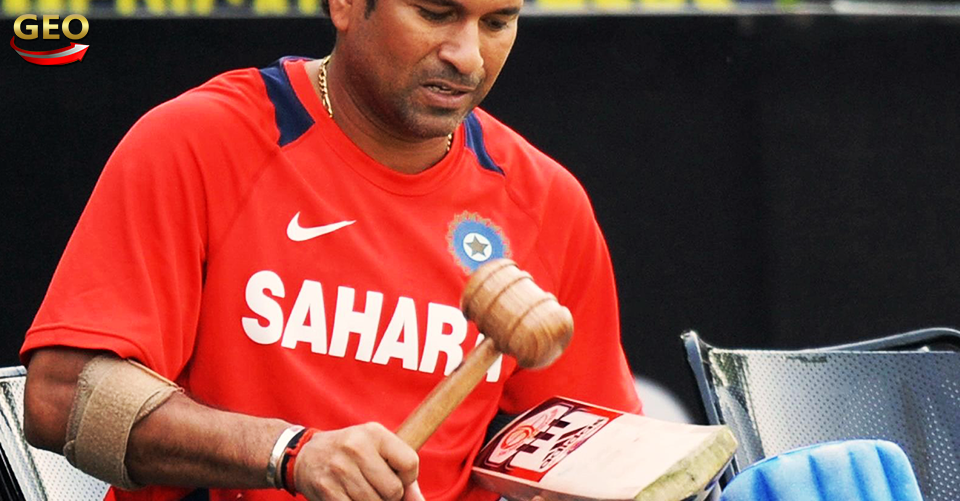 Cricket Bat’s proper preparation and care is the key for a long life of your Bat. Once you have purchased your cricket bat, the next step is to prepare it properly for action and then maintain it.

1.       Oiling Your Cricket Bat: In order to oil your bat properly, follow the procedure detailed below:

As per our experience, over half of the bats sent back for repair, have not been sufficiently oiled or have in turn been over oiled. A balance needs to be struck, with a light coating as the main instruction provided by bat manufacturers. If the cricket bat you have just purchased has an anti-scruff cover, the face will not need oiling. However the back of the cricket bat will need oiling.

After knocking your bat in, you must add a protective cover to your cricket bat. This should be positioned and fitted approximately 3-5mm from the toe of the bat, with the cover running up the face of the cricket bat and finishing just below the bat manufacturers labels.

Bats that come “pre-knocked” in or “pre-prepared” means that the manufacturers have employed some special machine to compress the bats and mimic the “Knocking-in” process. However all manufacturers still recommend cricket bats be knocked in for a short duration. Instead of knocking the bat in for long periods of time using a hardwood bat mallet, you can conduct some short practice slip catches using an old cricket ball. Knocking the face in further will be beneficial in developing the cricket bats overall performance. 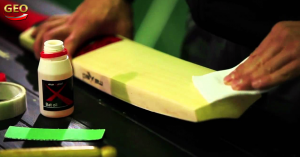 It must be remembered that the cricket ball is supposed to contact the cricket bat’s blade in the middle of the bat. Any occasion where the ball strikes the bottom or edges of the bat is deemed as a bad shot and any resulting damage cannot necessarily be attributed to the blade being faulty.

All cricket bats will encounter some damage when the ball is struck on the edge or bottom. However, it must be accepted that a badly miss-timed shot can cause damage to the bat, and this is usually obvious on examination.

This can often be caused through general wear and tear and can therefore sometimes be unavoidable. In some circumstances the handle of the bat can be replaced by some bat manufacturers largely depending on the extent of the damage.

Breakage to the Blade

This can be caused by dry willow. When the willow of the bat becomes dry, the cricket bat is made considerably weaker therefore making it more vulnerable to damage and breakages.

Surface cracks to the Face and Edges

This can be caused by general wear and tear and more often poor bat maintenance. Cracks to the face and edges of the blade will not affect performance but will make the bat more vulnerable to further damage over time. It would be advisable for you to utilise bat tape to prevent any further damage from occurring.

This can often be unavoidable due to the nature of the sport and the sheer impact of the ball hitting the cricket bat. This is often attributed to striking the ball at the base of the blade when facing a Yorker type delivery.

Some of the most common breakage causes with cricket bats are:

Playing in wet, damp conditions can be detrimental to the quality and performance of your cricket bat, as water is transferred up through the toe and into the bat. When the bat then dries, the bat can be prone to splitting. This can be avoided through using an old bat if you are forced to play in wet conditions or not tapping your bat on the wet ground in your stance.

When using your cricket bat on multiple occasions in a week during the course of a cricket season, the bat can become more prone to the above problems. Therefore it might be advisable to use an old bat at net practices, although many players prefer to maintain on and off-field consistency in order to better reflect match conditions.

Many people store their cricket bats and other pieces of cricket equipment poorly. Your cricket bat should ideally be stored in the shed or the garage where the willow can absorb moisture in a natural environment. Avoid leaving cricket bats in the car, as during the summer months temperatures can rise substantially which can dry the bat and reduce the presence of moisture. You should also avoid storing your bat close to radiators, fires and in airing cupboards.