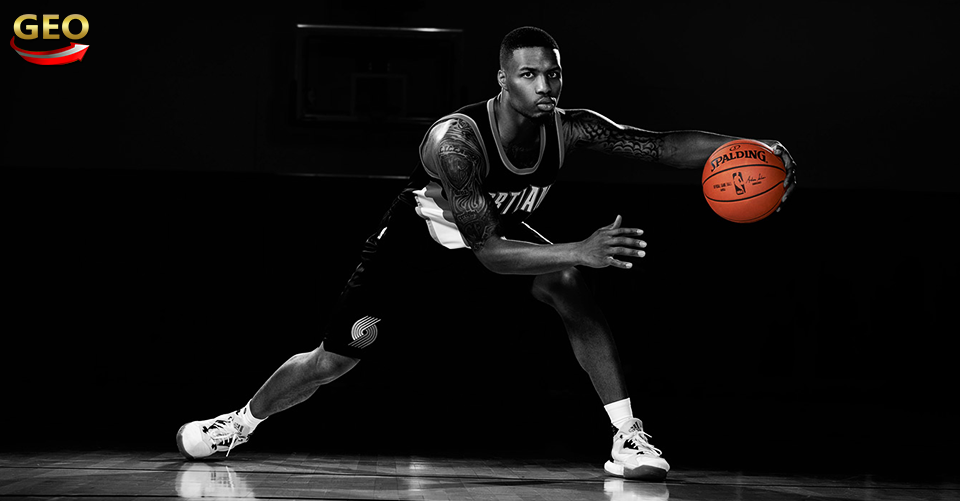 Nearly all basketballs have an inflatable inner rubber bladder, generally wrapped in layers of fiber and then covered with a surface made either from leather (traditional), rubber, or a synthetic composite. As in most inflatable balls, there is a small opening that allows the pressure to be increased or decreased. The surface of the ball is nearly always divided by “ribs” that are recessed below the surface of the ball in a variety of configurations and are generally a contrasting color. An orange surface with black ribs and a possible logo is the traditional color scheme of basketballs but they are sold in various colors.

Balls are generally designated for indoor (generally made of leather or absorbent composites), or all-surface use (generally made of rubber or durable composites, also known as Indoor/Outdoor balls). Indoor balls tend to be considerably more expensive than all-surface balls due to cost of materials. In addition, brand new all-leather indoor balls must be “broken in” first to achieve optimal grip before use in competition. The abrasiveness of asphalt and the dirt and moisture present in an outdoor setting will usually ruin an indoor ball within a very short period of time, which is why an indoor/outdoor ball is recommended for recreational players. Outdoor balls are commonly made from rubber to cope with rougher conditions, and they need to be filled with more air to retain a suitable level of air pressure in colder weather.

A side from the court and the baskets, the basketball is the only piece of equipment necessary to play the game of basketball. During the game, the ball must be bounced continuously (dribbling), thrown through the air to other players (passing) and towards the basket (shooting). Therefore, the ball must be very durable and easy to hold on to. The basketball is also used to perform tricks, the most common of which are spinning the ball on the tip of one’s index finger, dribbling in complex patterns, rolling the ball over one’s shoulder, or performing aerobatic maneuvers with the ball while executing a slam dunk, most notably in the context of a slam dunk contest.

Basketball is a fast, free-flowing, high-scoring invasion game. The rules are such that all players may occupy any position within the field of play, and have an equal opportunity to score goals. It’s unique method of starting and re-starting after a score or a rule infringement make it a game with few breaks in play, while the fact that players may dribble with the ball provides a team with the opportunity to create advantageous scoring opportunities.

Basketball can be played by both genders equally well and the development of Mini Basketball means that players can start to develop the basic skills at a very early age. As an indoor sport, requiring little in the way of space or expensive equipment it can involve maximum participation for little outlay. At the highest levels of the game, physical height is an advantage. However, at school level Basketball presents all students with the opportunity to participate in a vigorous form of exercise, which involves skill, tactical thinking and high level of co-operation and team cohesion.